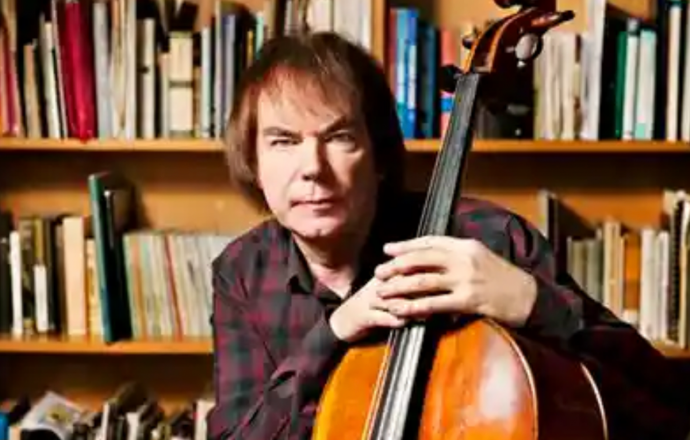 ‘fame’ 1. the state of being widely known or recognised
‘genius’ 1. a person with exceptional ability, esp. of a highly original kind.
‘admiration’ 1. pleasurable contemplation or surprise 2. a person or thing that is admired
…….from Collins English Dictionary.

Being extremely good at something and being admired for that skill doesn’t automatically make you famous. In fact, ‘fame’ can arise as a result of the complete opposite! But ‘fame’ today seems to exist in a very much watered-down version compared to the past.

Some of the greatest players that I have admired my whole life, Oistrakh (probably the greatest violinist who ever lived), Heifetz, Casals, and Du Pre, to name a few, I can only think of as great famous artists.

They were not bloggers or instagramers, they were very real. Some had long illustrious careers, some cut short far too soon. Their fame is unquestionable and existed as they performed during their lifetime, and admiration for them still remains to this day. They were all in my humble opinion, geniuses.

As one of the restorers, and latterly the workshop manager, at J.P Guivier in the West End of London, I always took on the role of looking after esteemed customers. This was because I followed their work intensely (the term used today of ‘super fan’ comes close to summing it up!) and therefore understanding their needs I offered a service, an attentiveness bordering on obsessive, that made sure they received the best, and left happy! 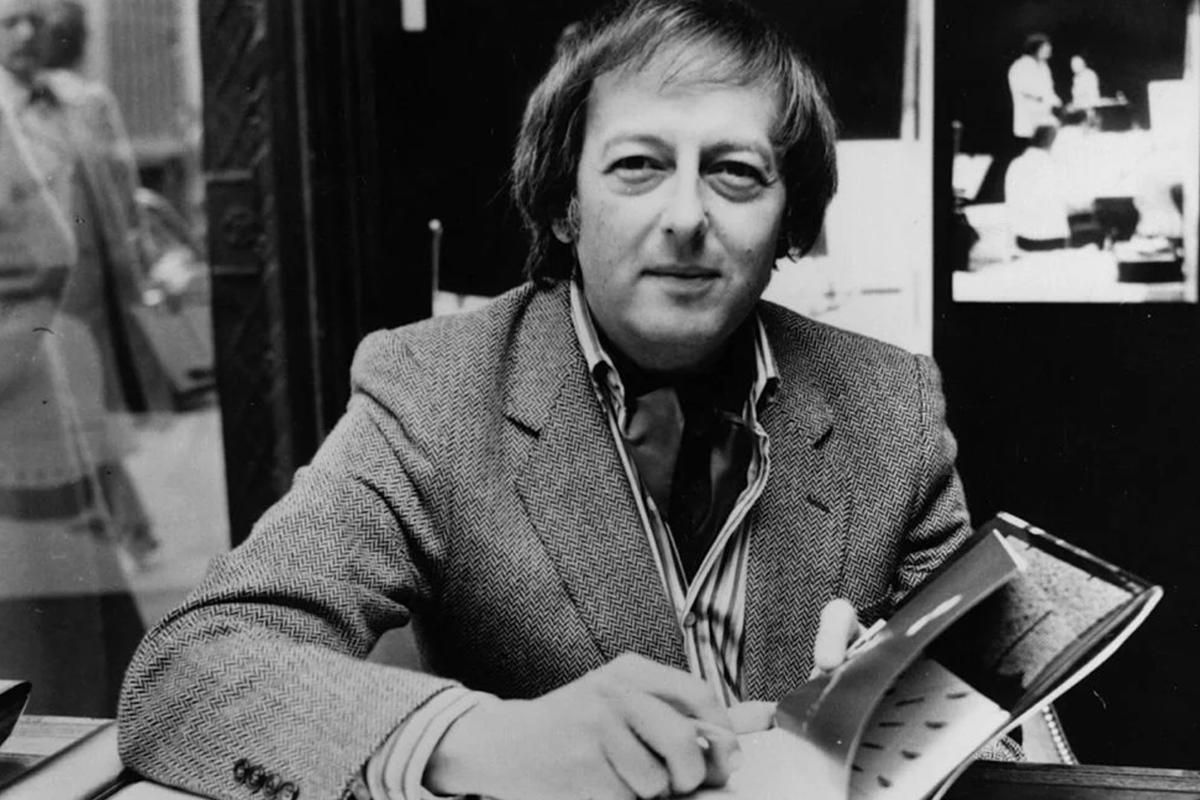 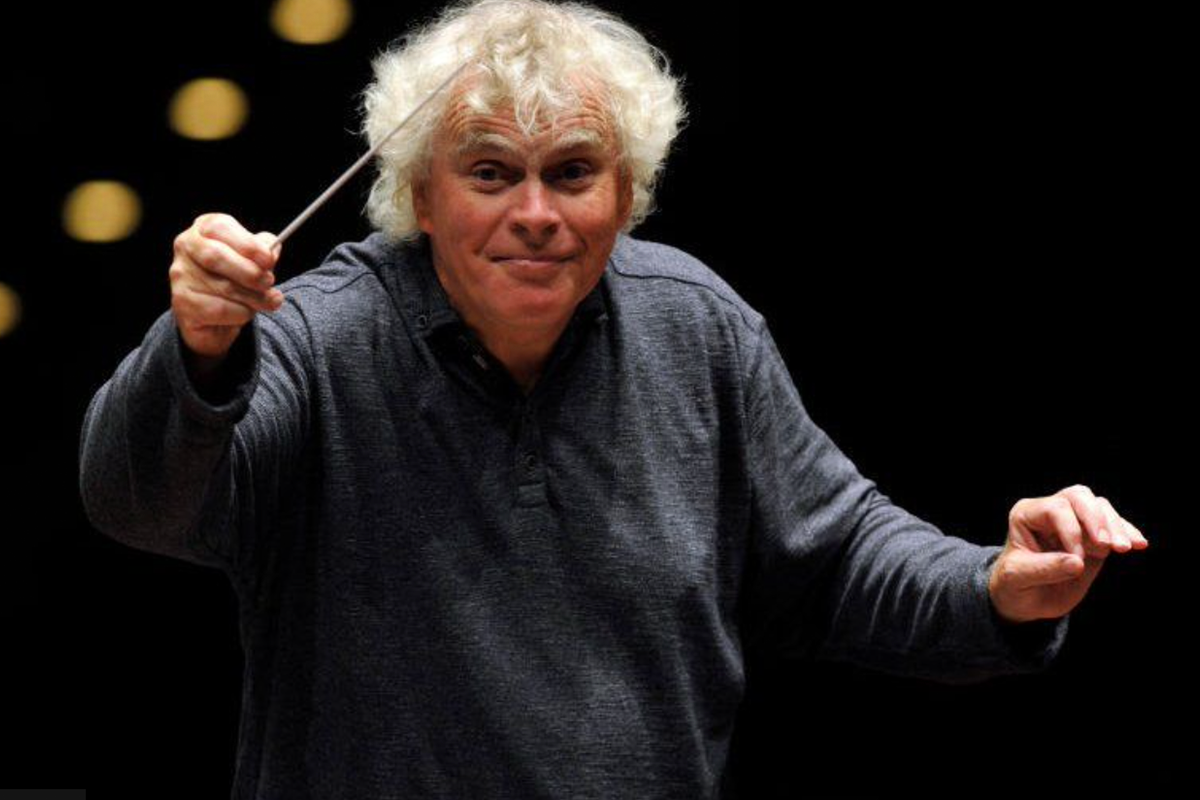 I met many conductors! Andre Previn when in London often popped in, and Simon Rattle too enjoyed trying and purchasing batons. Each of them conducting to an invisible orchestra whilst trying various weights and styles. The batons were handmade in a tiny workshop on the SW Peninsula, each as individual as the next. Many accomplished conductors came to try and purchase.

I also met many famous players of course. The workshops buzzing with anticipation. Some from the beginning to the very height of their careers. These famous players who called in were so down to earth, and included greats like Tasmin Little, Hugh Bean, Joshua Bell, Julian Lloyd Webber, and the likes of Joe Brown with his fiddle! 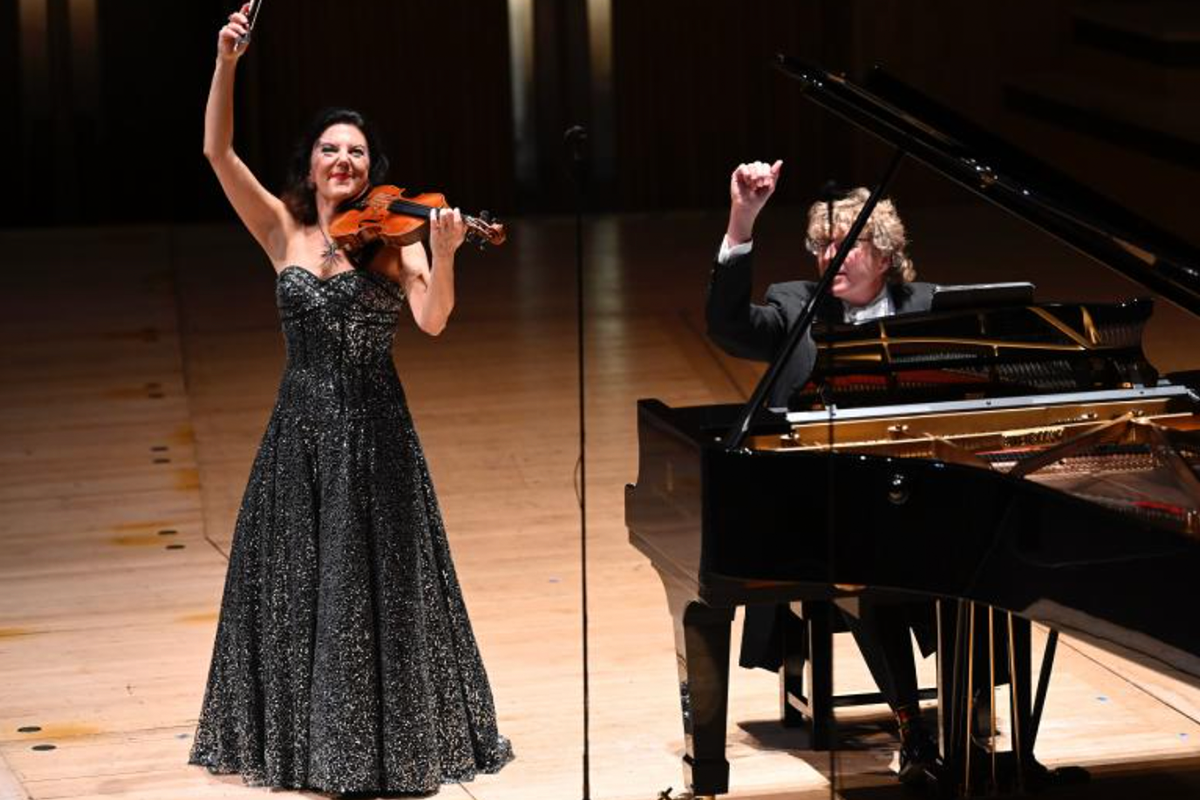 I’m so glad to see this continue today.

Not only do I celebrate well known players who I ‘look after’ but all the players I support and offer a service to. I am able to have real insight into your challenges because of all the experiences I can draw on from my past work.

I offer time and commitment to each job, whether it is a hugely detailed restoration or a minor gluing job. The instruments themselves are obviously all treated with absolute respect and this comes from having worked on thousands of violins, violas and cellos throughout my career.

Fame is not for me, a restorer offering a service. Fame is there for the taking when you, the player, stand tall in the spotlight. I will champion your beautiful instrument and you, and sitting in the front row or watching you from the wings I will take great pleasure in your performance and feel rather proud to have played a small part!!

Royal Northern Sinfonia at the Maltings 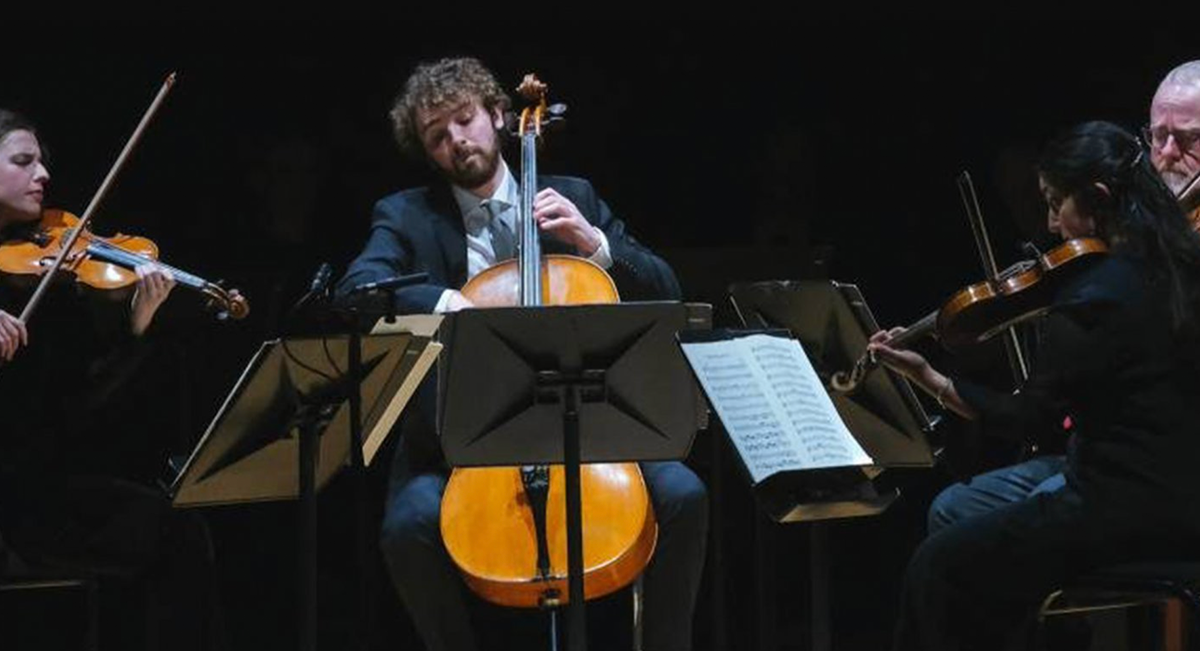 The musicians of Royal Northern Sinfonia, orchestra of Sage Gateshead, make a welcome return to The Maltings in Berwick with a programme of classical music for four players on Wednesday 28 September starting at 5pm.

They will perform sublime string quartets by Haydn, Bologne and Beethoven and a charming flute quartet by Mozart.

Royal Northern Sinfonia is the UK’s only full-time chamber orchestra. Founded in 1958, RNS has built a worldwide reputation for the North East through the quality of its music-making and the orchestra regularly flies the flag for the region at major festivals, including the BBC Proms.

A scientific history of musical instruments 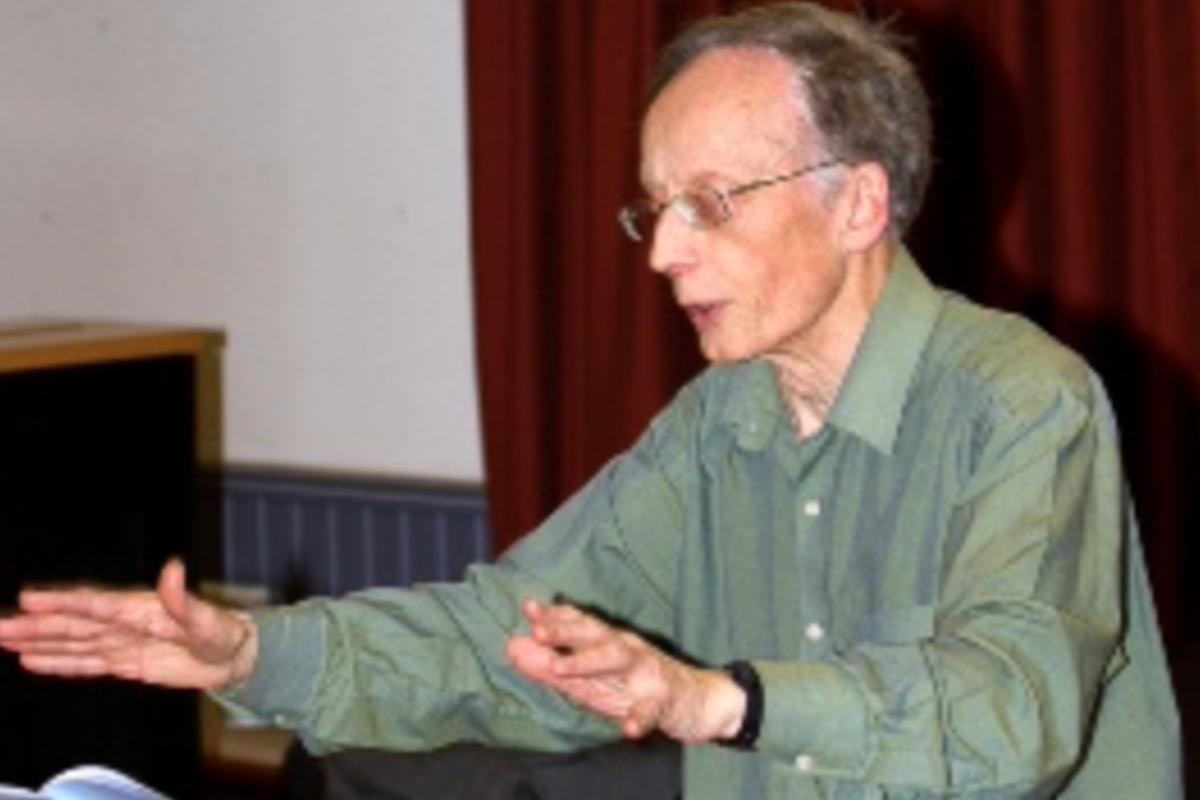 A Professor of Musical Acoustics in the School of Physics and Astronomy at the University of Edinburgh, Murray Campbell is Co-ordinator of the UK Musical Acoustics Network, Co-chair of the Technical Committee for Musical Acoustics of the European Acoustics Association, and Associate Editor for Acta Acustica united with Acustica. He is Musical Director of the Edinburgh Renaissance Band, the Scottish Gabrieli Ensemble and the Linton Singers.

Tickets via Jenny Cant via email at jennet.cant@gmail.com 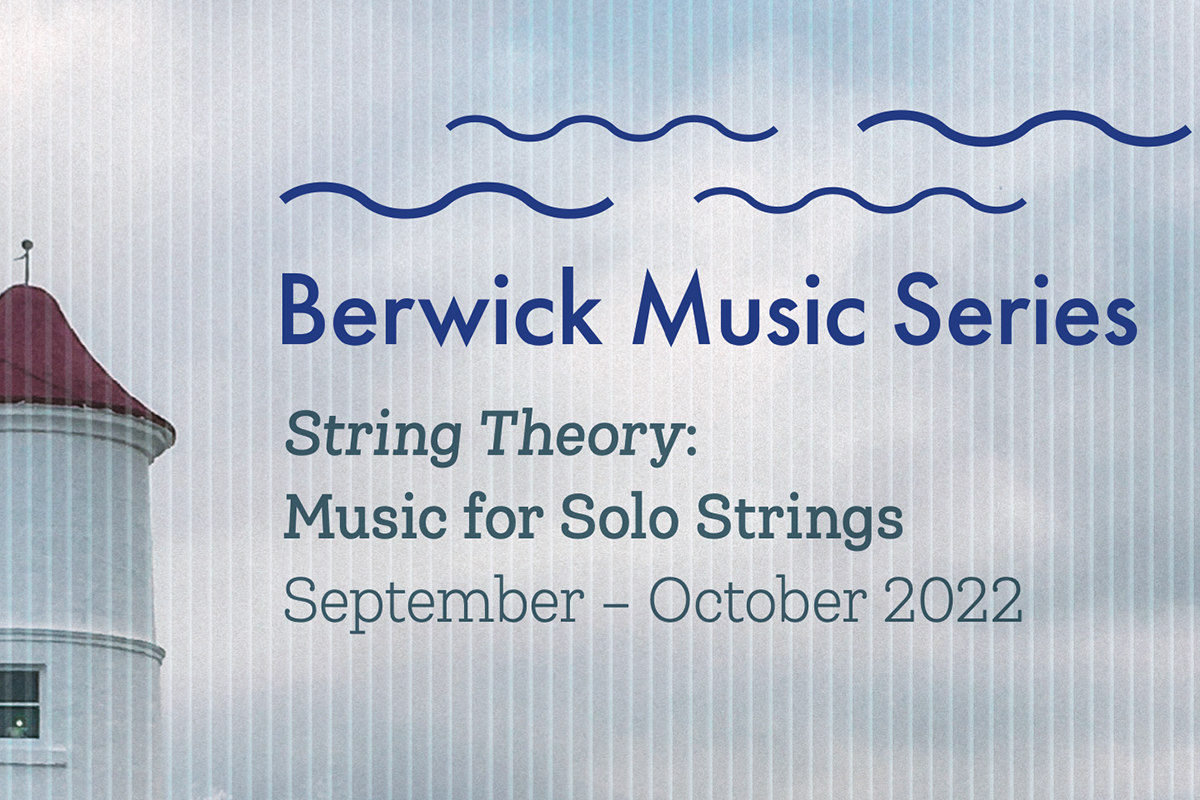 I am really enjoying the Berwick Music Series, which started this week.  This year, as I have explained previously, the focus is on three stringed instruments: violin, viola and cello, and three great performers: Darragh Morgan (violin), Fiona Winning (viola) and Anton Lukoszevieze (cello).

The core of BMS 2022 will be four concerts in the Watchtower Gallery.The repertoire will be a mix of Baroque and contemporary music, with the special feature that much of the contemporary music to be performed is influenced by or is a commentary upon the Baroque style.

I’ll be attending as many events as I can so look forward to chatting to you if you are about.